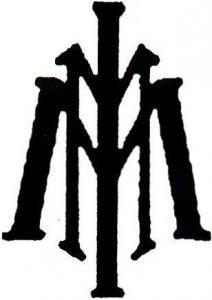 Indianapolis Matinee Musicale, the oldest continuously active music club in the United States, has a rich and impressive history and has influenced the musical life of Indianapolis for 140 years. In 1877 one Anne Cox and her sister “drove around in a little buggy with a little roan horse” inviting twelve ladies to come to her house to sing and play. Nine responded, and they gathered at Anne’s home on the afternoon of November 20, 1877 for an informal afternoon of music.
Two years later the “parlor club” of twenty members adopted a constitution and named the club “The Ladies Matinee Musicale”. As stated in the constitution, the aim of Matinee Musicale then and now is “to raise musical standards and to advance interest of music”. Beginning in 1883, music lovers who wished to attend the programs presented by “Active” performing members could join as “Associate “ members. Programs could not longer be held in homes, and were moved to the Dennison Hotel, the Plymouth church, and the Propylaeum Club. Membership grew, and by 1892 there were sixty-five Active members and eighty Associate members. At the 1893 Columbian Exposition in Chicago, a program by IMM won one of five medals of honor, and the organization was recognized as the oldest extant music club in the country.
Several organizational changes occurred in 1895: anyone studying music could join as a Student member; men were admitted as Associate members for the first time; new rules for admitting Active members by audition were established. The Professional Associate Section was formed in 1922 for music teachers and other professional musicians who chose not to audition for Active membership. Since that time the Active and Professional Sections have been combined.
Choral groups comprised of Active members performed publicly from the commencement of IMM, but it was not until 1929 that a specific Choral Section was established. A successful petition for membership from the Women’s Department Club catalyzed the change. Eleven years later, the Choral Section tied for first place in a state competition, and won first place in a national competition in Chicago.
In 1936-7, the Junior and Student Sections were created for elementary and high school students respectively, and have continued to promote high musical standards in twelve yearly recitals and a competitive scholarship audition. A separate scholarship fund was established in 1958, and a Collegiate Scholarship Competition was set up which provides awards to full-time Indiana college and university music students through the graduate level. The two competitions have awarded more than $400,000.
Throughout the decades, Indianapolis Matinee Musicale has been true to its charter mission of advancing the interest of music. Outstanding concerts have been presented, new choral works have been commissioned, and elementary through graduate level students have been encouraged by scholarship awards. The organization looks forward to continuing its role promoting classical music during the years to come.